Tonya was the top producer in 1997 and won the Lainee Award for top producing bitch that year. This was a special award because Munchkintown Its Me Lucy (Lucy) tied with TOnya. I do not think that the same breeder has ever tied with their own dogs for top producer in the same year! She obviously has earned her ROM! Thank you Brenda McKnight for selling me such a lovely producer. 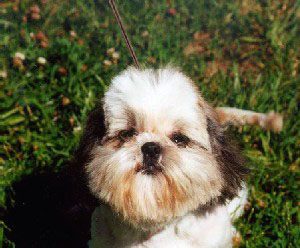